HOOVER — A Birmingham man facing drug charges is being held in the Shelby County Jail on $402,000 bond after he allegedly tried to run over an officer while authorities attempted to arrest him in Inverness. 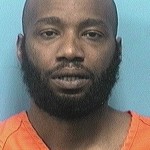 Rodrigus Demaris Holt, 42, was booked into the Shelby County Jail April 22, according to court documents. The Shelby County Drug Enforcement Task Force arrested Holt at the Lakes at Inverness Apartments on Hunt Cliff Road for allegedly selling cocaine and heroin.

Court documents show that Holt has numerous state and federal felony convictions involving drugs and firearms, as well as several failure to appear in court violations.