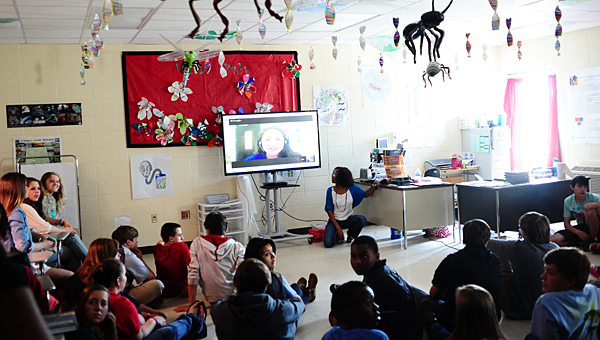 Ninth-graders in Nerissa DeRamus’ biology class at Thompson High School may one day work to make breakthrough discoveries in the biomedical field after Skyping with one of Alabama’s top genomic scientists on April 25.

In honor of DNA Day, which is held each year to commemorate the 1953 discovery of DNA’s double helix, DeRamus’ class Skyped with Jennifer Carden with the Huntsville-based HudsonAlpha Institute for Biotechnology.

Carden also explained several growing jobs in the biomedical field, such as genetic counseling, which “helps people understand how genetics impact their lives,” and computational biology, which Carden said can bring a $100,000 salary out of college.

“We are trying to get the kids to become more involved in careers like these, because they are growing so fast,” DeRamus said.