COLUMBIANA — A Helena man was sentenced to 10 years in prison April 29 after pleading guilty to helping cover up the November murder of a Calera man. 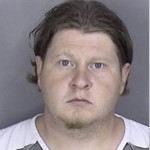 Thomas has already served 155 days in jail, which will go toward his sentence, according to the plea deal. In addition, he must testify truthfully against his co-defendants in the case.

Initially, both Thomas and Jessy Charles Hoyt, 24, of Calera, were charged with murder in the Nov. 22, 2013 death of 46-year-old James Edward Sherwood of Calera. Sherwood’s body was discovered two days later by a man walking in an underdeveloped, wooded area off Elvira Road, or Shelby County 269, in Hoover. 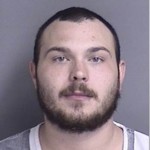 Hoover police spokesman Capt. Jim Coker said in a previous report that the homicide occurred at a residence in Calera, and Sherwood’s body was disposed in Hoover.

A grand jury in March indicted Hoyt for murder and Thomas for hindering prosecution. The men also were charged with first-degree theft for allegedly stealing $200 to $500 from Sherwood, according to court records. The indictment against Thomas claims he destroyed evidence by burning clothing Hoyt had worn and helping dispose of Sherwood’s body. 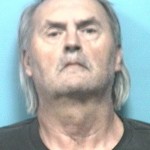 A third man, Charles Edgar Tucker, 61, of Calera, also was indicted for hindering prosecution and first-degree theft for the money stolen from Sherwood, according to court records. The indictment against Tucker claims he destroyed evidence by loaning his vehicle to Hoyt and Thomas.

Reeves set Hoyt and Tucker’s next hearings for Sept. 9 after both men signed waivers of arraignment.