Alabaster Board of Education member John Myrick will continue to serve on the board through 2019 after the Alabaster City Council voted to reappoint him during its May 1 meeting. 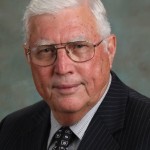 The council voted unanimously during the meeting to reappoint Myrick to another five-year term. Myrick’s current term will expire on June 30 of this year.

“I’m thankful that the council saw fit to reappoint me,” Myrick, who moved to Alabaster from Saraland a few years ago, said in a phone interview after the meeting. “I have really enjoyed working with everybody.”

Myrick said he is looking forward to working on several of the Alabaster School System’s upcoming projects, such as a new high school and renovations to the city’s existing school buildings.

Myrick also praised Alabaster School Superintendent Dr. Wayne Vickers, and said it has been “a joy” serving on the School Board since 2012.

While making the motion to reappoint Myrick, Ward 7 Councilman Tommy Ryals said had “no reservations” supporting Myrick, and said Myrick’s references were “unanimous in saying he is doing a very good job.”

“The community as a whole, the entire city, has been real positive. All of this is really a joy to work with,” Myrick said. “I’m glad to be a part of it. Alabaster has become home to me.”

Residents in the Saddle Lake Farms subdivision will decide in late June or early July if they will annex into... read more