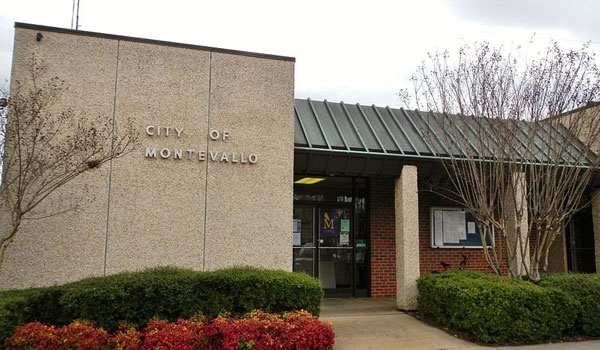 Councilman Don Hughes left the April 30 city council meeting early after a motion he made did not receive a second (contributed).

MONTEVALLO—The Montevallo City Council failed to create a motion to approve the transfer of the lot in front of Montevallo Middle School to the Shelby County Board of Education, following a discussion by the council.

The district requested the transfer as part of the plans to significantly improve the school, with renovations that will expand the gymnasium and improve the driveway, among other things.

The council cited concerns such as police access to the neighborhood, and the placement of the gym, which appears to be directly over a 36-inch water main and sewer line, according the Montevallo Water and Sewer Manager Michael Harmon.

During the council meeting, Harmon said he voiced his concerns to the architect working on the project, but has had “no response from the school board whatsoever.”

After the council heard concerns, Mayor Hollie Cost said she would attempt to get in contact with the school board and arrange another meeting.
Councilman Don Hughes voiced a desire for an official meeting arranged by the city, and made a motion for the city to arrange a meeting with the Shelby County Board of Education, but the motion failed when no council members provided a second.

Hughes then left the meeting at approximately 6:10 p.m., before the meeting officially ended. The council retained a quorum, and continued to address business after his departure.

“We want to work with the school board,” Cost said. “We just need to get some answers.”