CHELSEA — A court hearing for Ryan Matthew Sims, who faces charges of kidnapping and making terrorists threats in connection with the gunpoint hold-up of five students at Chelsea Middle School in February 2013, has been postponed to May 27, according to court records. 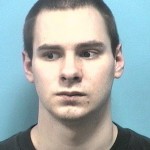 Sims, 22, is scheduled to appear before Shelby County Circuit Judge Dan Reeves at 8:30 a.m. May 27 for a status call. Sims was to appear in court May 5, according to court records.

Sims is being held in the Shelby County Jail in Columbiana without bond and is charged with five counts of first-degree kidnapping and one count of making terrorist threats in connection with the Feb. 12, 2013, incident at Chelsea Middle School.

Sims allegedly held five girls at gunpoint, and has pleaded not guilty and not guilty by reason of mental disease or defect to the charges against him.

In December 2013, the Alabama Court of Criminal Appeals rejected a petition from defense attorneys who wanted Sims’ bail reinstated. Sims’ attorneys, Ralph Wendell Sheffield and John Lentine, asked the court to reinstate Sims’ original bail or set a reasonable bail in his case.

A judge’s order noted Sheffield and Letine’s petition did not meet time requirements and that Sims had violated his bond release conditions. Sims was released from the Shelby County Jail in June 2013 after posting a $515,000 bond.

Prior to Sims’ indictment hearing in August 2013, Shelby County sheriff’s deputies found a “box containing 49 rounds of live 22 cal. cartridges” in Sims’ bedroom, according to court documents. The Shelby County District Attorney’s Office filed a motion to revoke Sims’ bond after the deputies’ discovery, and Reeves granted the motion.

If awarded, the grant would have funded sidewalks between Alabaster City Hall and Thompson Intermediate School. (Contributed) By NEAL WAGNER... read more