Cleveland sees motherhood at its finest 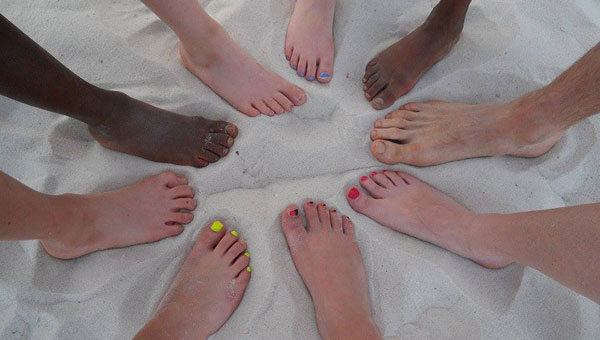 The Clevelands have cared for about 40 children at their Alabaster home over the years. (Contributed)

Moving to Alabaster in 1974, Traci Cleveland went through Thompson schools with flying colors. In the concert band playing clarinet, she also found time to be a majorette in the marching band for four years.

A graduate of Thompson High School in 1982, she graduated from Auburn in 1986 with her master’s in industrial technology.

Having met her husband, David Cleveland, at Quinceys in Alabaster while both were still in high school, Cleveland said it was love at first sight and still is.

After 14 years of marriage, the Clevelands began thinking about starting a family. A customer of David’s was a foster parent and hooked them on the idea of foster parenting. In 2001 they started their training with the Department of Human Resources, and within a couple of months had their first placement: A sibling group of three.

Although the Clevelands had agreed to taking one or two, they didn’t want to separate siblings, so in one afternoon they went from a family of two to a family of five.

In 2003, all obstacles were cleared for the adoption of these three. In the ensuing years until 2011 they had dozens of temporary placements and acquired two more children for adoption.

“We have two children who were placed in 2009 and are still with us. Our oldest has moved out leaving us with six children” said Cleveland.

Home schooling gives the kids the opportunity to advance more quickly and spend time studying things that interest them such as rocketry, Bible classes, cool field trips, in depth views of certain times in history, etc.

“We have had approximately 40 children in our home in the past. We love what we do and feel God’s blessings every day,” she said. “We have received enormous help from friends, co-workers, family and church members. We don’t see ourselves as different from anyone else, but we have chosen to obey God”.

As active members of The Church of Brook Hills, all the children attend children or youth activities and the Clevelands are involved in small groups.

Motherhood is care, security, unconditional love, understanding, forgiveness, guidance and a dozen other attributes. Traci Miller Cleveland is all of these and more.