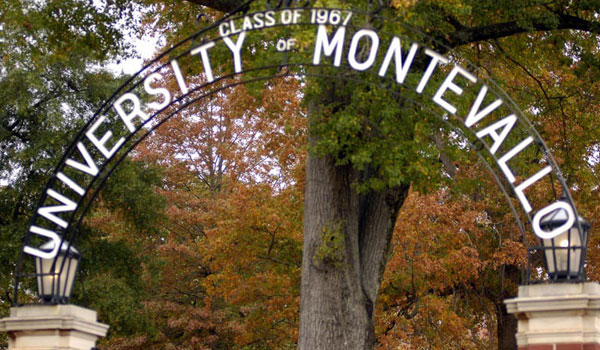 The University of Montevallo announced the UM Green Fund awards for May 2014 (contributed).

MONTEVALLO–The University of Montevallo Sustainability Committee has announced its UM Green Fund awards for May 2014. Funding totaling $22,996 was provided for six projects that improve campus sustainability.

“Calling All Pollinators! Mason Bee houses at the UM Organic Community Garden” received a grant in the amount of $40. This proposal was put forward by Bridget Benson, a UM biology student, under the supervision of Dr. Jill Wicknick, professor of biology.

“Energy Efficient Lights in Harman Hall,” in the amount of $8,000, was proposed by Dr. Houston Byrd, professor of chemistry and chair of UM’s department of biology, chemistry and mathematics.

“Solar-powered Lighting System for the Kiln Site,” in the amount of $8,500, was submitted by Billy Hughes, director of UM’s physical plant, and Dr. Scott Meyer, professor of art and supervisor of the university’s anagama kiln.

“Going Green: Biodegradable Storage for Print Journals and Magazines,” in the amount of $700, was proposed by Kathleen Lowe, director of Carmichael Library, and Amanda Melcher, head technical services librarian.

“From Table to Garden to Table: Composting at the Caf,” received a grant in the amount of $756. This proposal was submitted by Dr. Lee Rozelle, associate professor of English; Holly Wadleigh, manager of the UM Organic Community Garden; Wade Walker, director of purchasing; Scott Giddens, Falcon Foods Director; and Coty Jones, assistant director of the physical plant.

“Green ADA Solutions at the JWSO,” in the amount of $5,000, was proposed by Dr. Michael Sterner, professor of mathematics and a project director at the James Wylie Shepherd Observatory.

The University of Montevallo was the first institution of higher learning in Alabama to implement a “green fund” supported in full by students. During the 2010-2011 academic year, the UM Environmental Club successfully gained support from the Student Government Association and almost half the student body to implement this fund, which promotes sustainability across the UM campus and throughout the City of Montevallo.

The WellHouse is a nonprofit, faith-based organization that rescues and aides victims of human trafficking. On May 10, the organization... read more