Drug bust has ‘direct ties to terrorism and Al Qaeda’ 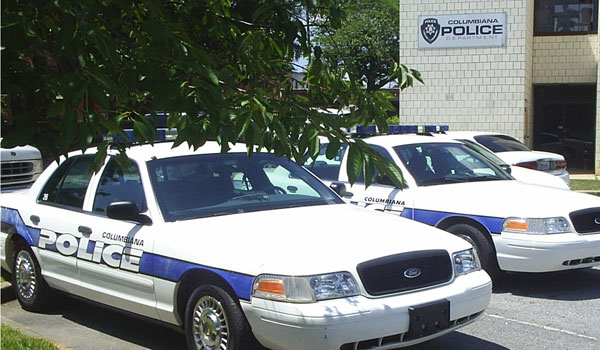 In a recent drug bust conducted by the Columbiana Police Department, more than 16 people were arrested, and illegal firearms and ammunition were located and seized, along with drug paraphernalia (contributed).

COLUMBIANA—City of Columbiana Police Chief C. Lamar Vick reported that officers from his agency were recently involved in enforcement operations against illegal drugs.

On May 7, Columbiana Police conducted search and arrest warrants at several locations in Columbiana. Over 400 grams of synthetic marijuana, also known as “spice,” along with organic marijuana and other narcotics were located and seized. The narcotics have an approximate street value of $15,000, Vick estimated.

Illegal firearms and ammunition were located and seized, along with numerous items of drug paraphernalia and 16 people were arrested in the operation.

Narcotics investigators from the department have been conducting investigations into illegal drug use over the past several months and the warrants are a direct result of those investigations, Vick reported.

More arrests are expected, according to a news release by the Columbiana Police Department.

“We’re committed to ensuring the safety of the citizens of the City of Columbiana,” Vick said in a statement. “Illegal drugs lead to other crimes. We almost always find that the sale and use of illegal drugs are related to other crimes against persons and property. Now, we’re being told that the sale of Synthetic Marijuana actually has direct ties to terrorism and Al Qaeda. We cannot tolerate this in our community. We cannot tolerate this in our state, or our country. It’s up to each of us to say ‘NO!’ to drugs, and ‘NO’ to terrorism.”

Chelsea senior Will Bevill set the school record for games started in a varsity career with 118, including a streak... read more