Chelsea teacher accused of sexual contact with student out on bond

CHELSEA — A Chelsea High School teacher and coach accused of having sexual contact with a student is out of jail on bond. 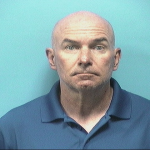 Teague was indicted on the charge May 12.  According to the indictment, Teague “intentionally and knowingly engaged with a female student under the age of 19 in sexual contact” on or about March 14. The indictment claims Teague allegedly “touched (the victim’s) breast over her clothing” and “rubbed the back of (the victim’s) head.”

The incident was reported to the school resource officer at Chelsea High School March 18, and an investigation was assigned to the sheriff’s office’s Criminal Investigations Division. After the investigation, the evidence was presented to a Shelby County grand jury, which opted to indict Teague. Teague was booked into the Shelby County Jail March 15, according to court records.

Teague has been placed on leave as the investigation is ongoing, said Shelby County Schools spokeswoman Cindy Warner, who issued the following statement May 15 after Teague’s arrest: “The Shelby County Schools District always takes these types of situations seriously.  The school district took immediate action when these allegations were brought to our attention and began a thorough investigation.  Because the investigation is still ongoing, we are not at liberty to discuss the case.  However, we are cooperating with the Sheriff’s Department in this investigation.”

Teague is a history teacher and volleyball coach at Chelsea High School. His arraignment is set for 8:30 a.m. July 7 in Shelby County Circuit Court before Judge Dan Reeves.