“If you have a theory, you need to have some way to challenge it,” Fishman said. “In the case of the global warming theory, the main premise is that carbon dioxide is the culprit.

“Carbon dioxide has gone up since the Industrial Revolution, there’s no question about that. It’s not clear if carbon dioxide leads or follows climate change,” Fishman added. “The global temperature has gone up about one degree Celsius in the last 100 years. That’s really not enough to prove a correlation.”

Fishman said he didn’t initially set out to write a book on the global warming topic, but became interested in it after attending a discussion on the matter at a Unitarian Universalist church in Birmingham in 2007.

“That was the spark,” Fishman said. “There were some things I had questions on that they couldn’t answer. I started doing some research, and it got me wondering.

“When I was done, I said ‘I think I’ve got the material for a book,’” Fishman added.

Fishman said the book addresses “a lot of disconnects in the theory” of human-caused global warming, and presents statistics supporting his argument.

“These folks would have us reduce our reliance on coal, fossil fuel, etc. I challenge them,” Fishman said. “I’ve got no problem with alternative energy companies.

“I don’t like that the government has to subsidize them,” Fishman added. “If they can stand on their own, that’s fine.”

Fishman said he offers a synopsis of his argument on his website, Aglobalwarmingdissenter.com. The book is available on Barnesandnoble.com and Amazon.com. 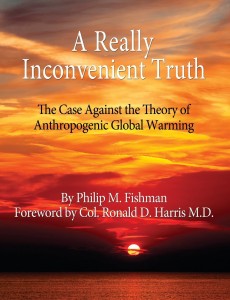