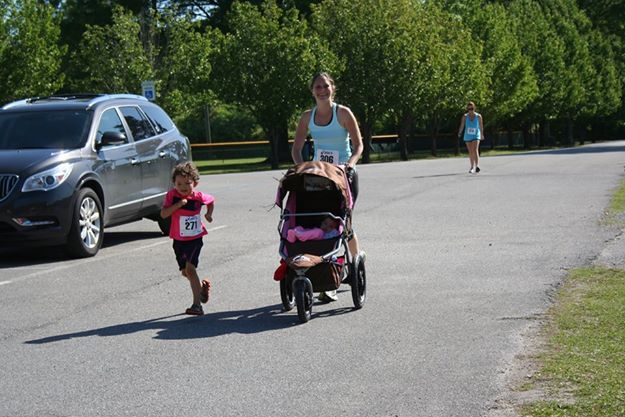 Runners of all ages participated in the first annual Strawberry Festival 5k. (Contributed)

One hundred and one runners participated in the race, which surpassed the goal of 100 runners the chamber set for their first year.

“We had a lot of families that participated together and got out there and got healthy together,” Stanley said. “For the first year we’ve done it, it went incredibly well.”

Though the race was a success, Stanley said the chamber already has plans to make improvements before the next race.

“We will be a little bit more competitive about how we time, and we’ll change the course a little bit to find a way to avoid the trains,” Stanley said.

The chamber raised over $300 for the race, which will be used to fund the scholarship program the chamber offers to high school students.

“We want and even better turn out next year,” Stanley said.

Road-closing repairs to the railroad crossing at Lee Street and Highway 52 West in Pelham have been postponed to June... read more