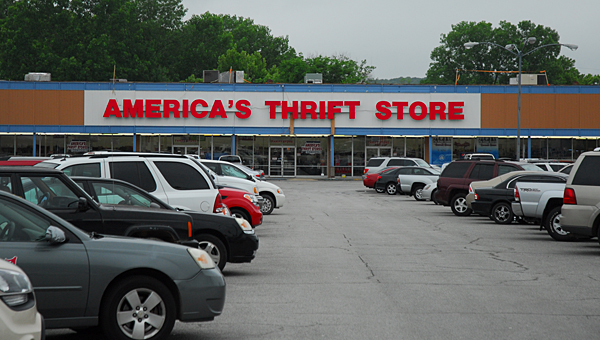 The Alabaster America’s Thrift Store has reopened after heavy rains in April forced the store to close for renovations.

The thrift store, which is at 2018 Second St. S.W., was undergoing roof repairs when heavy rains hit in early April and damaged parts of the store’s interior, America’s Thrift Store CFO Brian White said during a previous interview.

White said the store closed to repair the water damage – which affected ceiling tiles, floor tiles and light fixtures – out of an abundance of caution for its employees and patrons.

During the several weeks the store was closed, Alabaster store Manager Marilyn Martin said she received “hundreds of calls” from customers asking when the store would reopen.

“We are excited about the remodeling that has been completed and the additional changes that will be made in the coming weeks, including new dressing rooms,” Martin wrote in a May 28 email. “With all the new items and changes, it truly is ‘A New Store Every Day!’

“We’ve had hundreds of calls from our customers wanting to know when we would be re-opening and that day is here,” she wrote. “We are open, so come see us!”

Martin said the store will hold grand reopening ceremonies the week of June 16 with “prizes, fun and excitement.”

While renovations were being made, the store held weekly tent sales each Thursday, Friday and Saturday. All items sold at America’s Thrift Stores benefit ministries such as King’s Home, which offers services to victims of abuse, neglect, homelessness and other tracic life events.