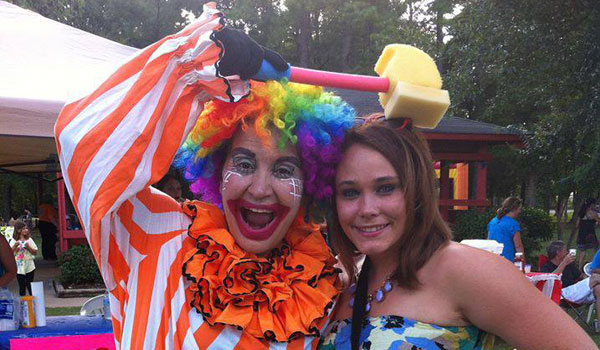 “We walk alongside and help hurting women,” Cindy Hildebrand, director of the organization, explained.

My Sister’s Place has helped over 60 women recover since its opening in October of 2011, and earlier this year the organization was able to purchase the neighboring duplex to use for graduate housing for women who have finished the program.

Currently, two women are sharing one unit. The other unit houses a woman who was able to recover custody of her children, a one year old and a three year old, from DHR following her rehabilitation.

“(The graduate housing) offers a little bit more accountability and they can stay in the support group they’ve developed,” Hildebrand explained.

The carnival, which runs from noon until 6 p.m. at Oliver Park in Calera, will be the second annual carnival fundraiser for My Sister’s Place.

Entrance into the event is free, and participants buy tickets to be used for concessions, pony rides, inflatables and a variety of other activities.

Many different concessions such as boiled peanuts, funnel cakes, Italian ice, popcorn, nachos and drinks will be available throughout the day, and games and activities for “kids of all ages” will be a highlight of the event, Hildebrand said, with a ring toss, balloon animals and obstacle course among the activities.

In addition, a “prize walk” will feature prizes from O’Charley’s, Bed Bath and Beyond, Cracker Barrel, Full Moon BBQ, Jim ‘n Nicks and many other organizations.

“We have all kinds of stuff,” Hildebrand said, and noted that all prizes were donated for the event.

One resident of My Sister’s Place came up with the idea for a special booth selling bracelets, titled “My Story, Your Jewelry.”

“Each bracelet tells the story of a girl who has gone through My Sister’s Place and includes a special prayer card,” Hildebrand said, noting the names have been changed for privacy reasons. “They’re really, really pretty.”

Women in My Sister’s Place make the bracelets, and all of the proceeds go to fund the organization.

Last year’s carnival had over 200 people and was “real successful,” but Hildebrand hopes the number will increase this year.

“If we could double it, that would be great,” Hildebrand said.

Pets at Peace coming to Pelham

Pets at Peace will soon be moving to Pelham. The family owned business offers pet cremation services carried out with... read more