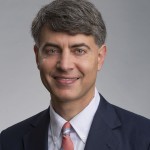 In unofficial primary returns June 3, DeMarco had 33 percent of the vote and Palmer had 20 percent of the vote with 96 percent of precincts reporting. The two will meet in a July 15 runoff, with the winner facing Democrat Avery Vise and Libertarian Aimee Love in the November general election.

The DeMarco campaign celebrated its runoff victory at the Aloft Birmingham Soho Square hotel in Homewood, DeMarco’s city of residence. Efforts to reach DeMarco were unsuccessful.

The Palmer campaign watched the returns from the Birmingham Marriott on Grandview Parkway. In a telephone interview, Palmer called DeMarco “a good guy” and said he looks forward to an “issues-centered race” in the next few  weeks.

“I’m going to get out and talk to people and see if we can expand that base,” Palmer said of his immediate plans.

Palmer held a slight lead over three other runoff contenders — State Sen. Scott Beason, surgeon Chad Mathis and Harbert Management executive Will Brooke. Beason and Mathis each had 15 percent of the vote while Brooke garnered 14 percent of the vote.

Seven candidates in all vied for the 6th Congressional District Seat held by retiring U.S. Rep. Spencer Bachus, R-Vestavia Hills. Of the remaining candidates, businessman Tom Vigneulle had 3 percent of the vote and retired attorney Robert Shattuck had 1 percent of the vote.

The 6th Congressional District includes Shelby County, as well as the counties of Bibb, Blount, Chilton, Coosa, and Jefferson, with the exception of the city of Birmingham.

John Samaniego with his family after his win in the June 3 elections. (Jon Goering/For the Reporter) By GINNY COOPER... read more