And then there were two.

Arnold Mooney and Amie Beth Shaver will face each other in a runoff election for Alabama State House of Representatives District 43 after the duo received 30.12 percent and 22.51 percent of the votes with all but the provisional ballots counted. 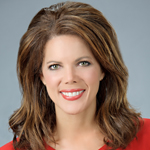 “It’s a tremendous process,” he said. “The other six are tremendous folks. (I’m) thankful to have gotten the votes. We’re very excited.”

Calls placed to the other six candidates were not returned as of 10:37 p.m. June 3. The runoff will take place July 15, and the winner will take the seat vacated by Mary Sue McClurkin, as there is no opposition from the Democratic Party for the position.