The Alabaster Board of Education is looking to name a new principal at Thompson High School within the next several weeks after former THS principal Dr. Daniel Steele recently took the top spot at Thompson Sixth Grade Center. 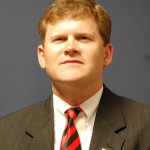 Alabaster School Superintendent Dr. Wayne Vickers said the School Board transferred Steele to the Sixth Grade Center at Steele’s request, and said the board also recently approved several other staffing and administration changes.

“It’s something he (Steele) wanted to do, so we gave him that opportunity,” Vickers said during an interview before the School Board’s June 9 meeting. “Everything was voluntary.”

The Alabaster City School System posted a job vacancy for the THS principal position in late May, and is accepting applications through Thursday, June 12. Applicants must have an Alabama certification in educational leadership or administration and supervision, and must have a minimum of three years principal experience, according to the job posting.

The Alabaster City Council voted to send a second petition to the Shelby County probate judge during a June 9... read more