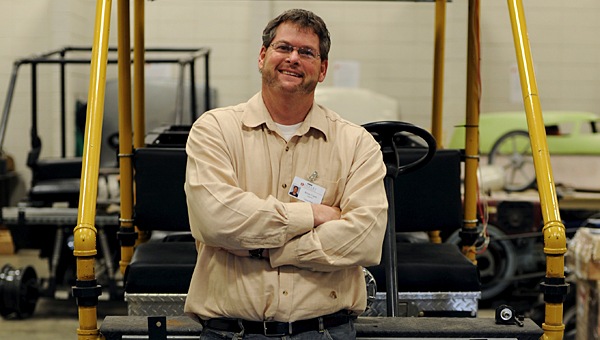 A current Calera High School teacher who was recognized by “People” magazine as one of the top five teachers in the country in 2012 will help build the engineering program at the new Thompson High School after the Alabaster Board of Education voted to hire him on June 9.

The School Board voted during the meeting to hire Brian Copes as an engineering teacher at the current THS beginning with the 2014-2015 school year.

“This is going to be a difference-maker for the students of Thompson High School and Alabaster City Schools. We are very fortunate,” Alabaster School Superintendent Dr. Wayne Vickers said during an interview after the meeting. “Great things will start to happen when you get great people in place.”

In April, Copes announced his students were working to design a hydroelectric power plant to provide a cost-efficient, reliable source of energy in Honduras. Copes was named the 2014 Best Environmental Educator by the Environmental Education Association of Alabama in February.

ACS Coordinator of Curriculum and Instruction Cena Davis said Copes will work to establish the school system’s engineering academy, which will begin at THS with the 2014-2015 school year.

As Alabaster designs its new high school – which will be built on 300 acres the school system is purchasing off Thompson Road – Copes will work with architects to design the building’s engineering department, Davis said.

“He is going to build the program from the ground up,” Davis said.

By CASSANDRA MICKENS/Associate Editor HOOVER — The Hoover Board of Education approved a resolution to lay off nine employees during... read more