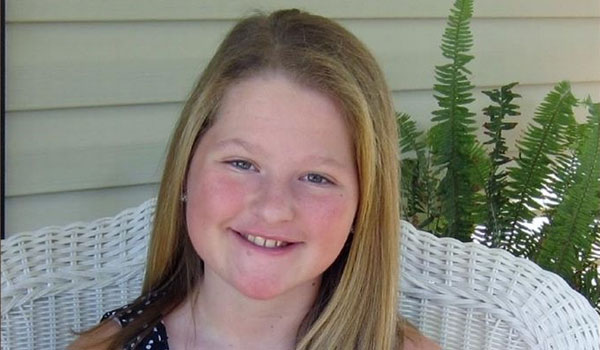 Montevallo teen McKenzie Hamby has raised approximately $27,000 for diabetes research since her diagnosis in 2007. (Contributed)

MONTEVALLO—McKenzie Hamby was only six years old when she was first diagnosed with Type 1 diabetes.

“At first it was really hard,” Hamby said. “I had to adjust and change a bunch of different stuff.”

However, the diagnosis did not stop Hamby, now 13, from helping others. The teenager was awarded the Elizabeth A. Mahler Spirit of Montevallo award for raising over $27,000 for diabetes research over the past several years.

Hamby started raising money in 2007, and has been “doing it every year since then,” she said.

The family has hosted a variety of fundraisers, including writing between 300 and 400 letters to family and friends, putting out jars in local businesses and restaurants, organizing fundraisers at local churches and selling popcorn in the park.

All of the money raised through the fundraisers goes to benefit the Juvenile Diabetes Research Foundation, the “leading global organization funding Type 1 diabetes research,” according to their website.

“She’s not only (raising money) hopefully in the future for herself, but also for every Type 1 diabetic out there,” Kirk Hamby, Hamby’s father and director of the Montevallo Department of Public works, said.

Though Hamby still struggles with diabetes, she is hopeful that the money raised through the fundraisers will go towards finding a cure for the disease.

“It’s pretty hard having diabetes, so if they do find a cure that will be the best part (of raising the money),” Hamby said.

‘I was in shock’: Fifth-grader sings with Rodney Atkins