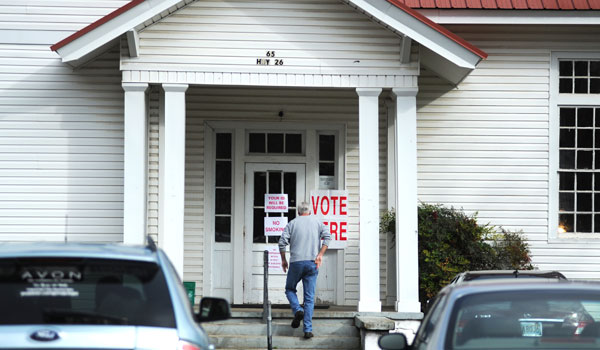 “I thought the turnout would be higher because of the very important races that were highly contested, but these races never seem to get traction with the voters,” Fuhrmeister said.

Freddy Ard, chairman of the Shelby County Republican party, said the low turnout is “kind of a sad commentary on our times.”

“(This is) not what we would like to have,” Ard said. “We would like a greater participation by the voters.”

Though the Shelby County Republican party does not endorse specific candidates in the primary election, the party does “endorse the notion of everyone participating” in the election by voting, Ard said.

The July 15 runoff election will likely boast an even lower turnout, Ard predicted, with just 5 to 8 percent of voters expected to cast their ballots.

“There is typically a substantial reduction…maybe one-third of the voters who participated in the primary,” Ard said.

If just 5 percent of registered voters participate in the July 15 runoff election, 744 voters could determine the results of the runoff for House District 43, Ard said.

“I hope to be wrong. I hope the voters show out in numbers far greater than I predicted,” Ard said.