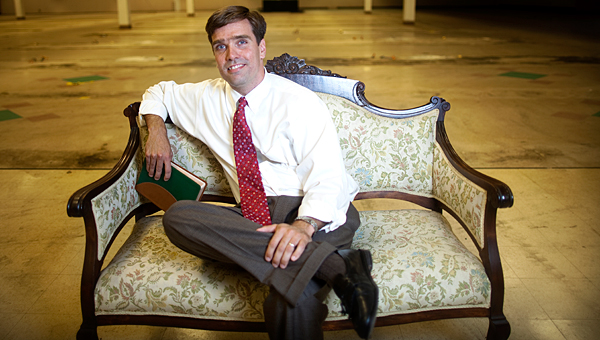 “It is definitely bittersweet,” Erickson said during a June 12 interview. “You invest yourself and you love the church deeply.

“We are not prepared to move on. But just like we didn’t know how incredible Alabaster was going to be, we know great things await us at our new church as well,” Erickson added.

“I can’t say enough about Sherry. She is just remarkable in every way. It won’t be long before I am just left in the dust at Alabaster,” Erickson said with a laugh. “I think the church is going to be very strong on the other side of this transition.”

United Methodist churches are governed by regional conferences across the nation. All United Methodist pastors serve on an itinerant basis, and are appointed to churches based on the needs of the district.

“They constantly juggle the needs of the whole conference,” Erickson said. “They don’t make these decisions flippantly. They literally spend days fasting in prayer.”

During his time at Alabaster First United Methodist, Erickson helped to grow the church’s congregation, drawing in many young and first-time churchgoers.

He oversaw the establishment of the church’s Restore campus in a former Winn Dixie grocery store near the church’s main campus.

“In a lot of churches, you expect the older members and the members who have been there for a while to be reluctant and cautious about change,” Erickson said. “But at Alabaster, they are deeply interested in leaving something for the next generation.”

Erickson and Harris will begin their service in Homewood and Alabaster, respectively, on Sunday, June 15.