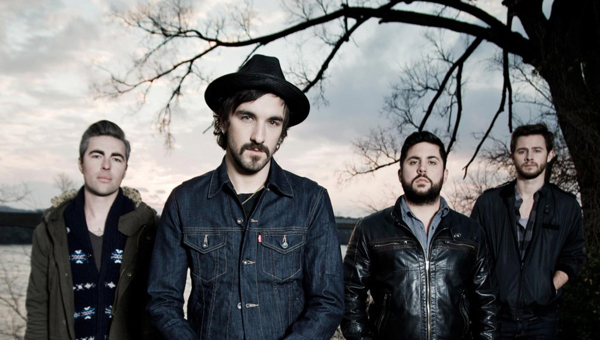 HOOVER — The Rhett Walker Band, a Southern rock and Christian rock band out of Nashville, is slated to perform live at the second annual Freedom Fest at Hoover Metropolitan Stadium July 4. The event, hosted by the city of Hoover, is free to the public.

The band, who recently debuted their first album titled “Come To The River,” will take the stage at 7 p.m. Their songs, described as a “gritty and graceful open book,” are laced with Southern rock influences such as Third Day, Black Crowes and Lynyrd Skynyrd.

Twenty-five-old Rhett Walker, the band’s namesake, is the son of a preacher born and reared around the South. Prior to pursuing music and songwriting, Walker and his wife, April, overcame several life obstacles.

“I mixed with the rough crowd, got into fights and drugs. It wasn’t long before I was expelled from school — just always in trouble. So they sent me to this Christian school, the only one that would take me, and I met this girl. It wasn’t long after that that we found out she was pregnant. That was the stop in the path for me,” Walker said in an online biography.

Though Walker grew up in church, he “just stopped caring.” Eventually, Walker decided he could continue on a negative path or step up.

“It was like, Man, what am I doing?” Walker recalls. “I’ve still got my senior year left, but I’ll have to leave this religious school where I’m high most of the time anyway. My girlfriend’s having a baby, and I have no job. I finally sat down with April, who is my wife, and said: ‘We’ve done everything wrong that we possibly can. Let’s do everything right from here on out.”

The Walkers got married — Rhett rededicated his life to God and April accepted Jesus for the first time. The couple welcomed a daughter and became active in church where Rhett began leading worship. The Walkers also chased a calling laid on Rhett’s heart to pursue music and songwriting. They moved to Nashville, where the Rhett Walker Band and the songs for “Come To The River” began to take shape.

“I’m someone living my dream through the grace of God,” Walker said. “I’m blessed with a beautiful wife and two children who have walked with me every step of the way. My faith, my family, and my country are the most important things in my life. ‘Come To The River’ tells all that.”