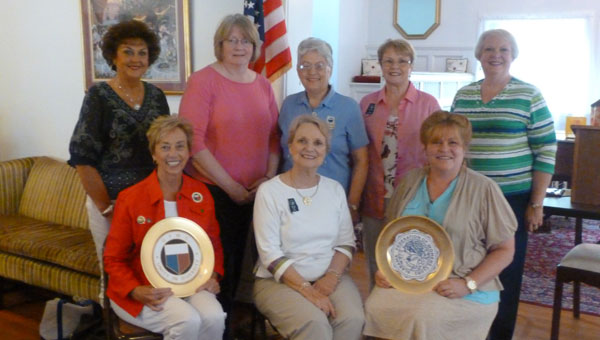 A resident of The Shoals off Highway 41 past Mt. Laurel, Clark has been a federated clubwoman for 38 years. She became a junior in 1976. She has held many offices though her long and distinguished career as club president, Third District director of Jefferson and Shelby counties, CSP public issues chair and all offices at the state level including secretary, second vice president, first vice president, president elect and now president.

“I have held all state offices except treasurer to prepare me for this huge job,” said Clark. “I am very proud of my club, Women’s Literary Club of Leeds, for having won outstanding club for many years in Category D. Our clubs are organized by number of members from A to E.”

Clark’s President’s Project is the Ronald McDonald House, which houses families of sick and injured children. More than 36,000 families have been helped for the last 35 years.

Since 2006, the AFWC has supported the house by clubwomen collecting pop tops that are weighed at AFWC state convention and then recycled. Awards are given for most poundage as well as the Pop Top Queen. More than 11,800 pounds of pop tops worth thousands of dollars have been donated by AFWC. Clark has offered the services of the AFWC through her two year administration to the Ronald McDonald House with money, volunteers, and specific needs.

“The Ronald McDonald House is extremely efficient,” said Clark. “Very few dollars go to administration. I feel that the funds that the AFWC raise will go to help the children and their families.”