Task Force: Man had drugs shipped to his house

ALABASTER – A 63-year-old Alabaster man was released from the Shelby County Jail on a $100,000 bond on June 10 after members of the Shelby County Drug Enforcement Task Force said he had a “significant quantity” of synthetic marijuana delivered to his house. 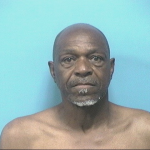 Task Force members arrested Rickey Louis Kirkland at his residence in the 100 block of Fourth Avenue Northeast in Alabaster on June 4 and charged him with one felony count of trafficking synthetic drugs.

Lt. Kevin Turner, the commander of the Drug Enforcement Task Force, said officers received a tip claiming Kirkland was set to receive a package at his house containing a significant amount of synthetic marijuana.

When the package was delivered to Kirkland’s house by a commercial delivery company, Task Force members brought him into custody, Turner said during a June 16 interview.

“Trafficking synthetics is actually a new charge. I believe it was passed by the Legislature this year,” Turner said.

After arresting Kirkland, Task Force members allegedly discovered 1,264 grams – or about $9,500 worth – of synthetic marijuana in the package.

“That’s a significant quantity taken off the streets,” Turner said. “It was a great tip that led to a great arrest.”

Trafficking synthetic drugs is a Class A felony. If convicted, Kirkland could face between 10 years and life in prison.

Kirkland is scheduled to appear in court for a preliminary hearing on July 9 at 8:30 a.m.

The Oak Mountain 14U baseball squad. (Contributed) By DREW GRANTHUM/Sports Writer Several local athletes are excelling while school’s not in... read more