Ripe for the picking: Blueberry farms open in Shelby County 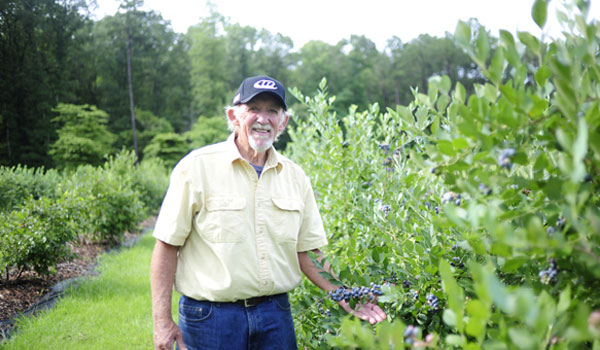 Blueberries are just beginning to ripen in Shelby County, and there are plenty of places where people can spend a few hours picking their own sweet fruit.

In Columbiana, Mountain Meadows Farm on Highway 30 is open for the season, offering both blueberries and blackberries, which are all chemical-free and organically grown.

The farm is already teeming with families eager to pick the fresh berries, and Suttle said the season has been “really busy.”

Mountain Meadows Farm is open Wednesday through Friday from 6 a.m.–noon and 5 p.m.-8 p.m., Saturday from 6 a.m.-8p.m., and Sunday from 1 p.m.-8 p.m. For more information, visit Mountainmeadowsfarmal.com.

Lyon Farms on Highway 56 in Wilsonville opens on June 19 for blueberry picking. The berries are $10 per gallon, and pickers can wander through two and a half acres of bushes as they pick the fruit.

“We furnish you a pail or a basket and when you finish up you carry it right home with you,” owner John Lyon said.

Crowds vary by day and time, but Lyon expects a good turnout throughout the summer, and approximated that the crop would last until August.

“On pretty days like the first day, I look for a pretty big crowd,” Lyon said.

Lyon Farms is open Thursday through Sunday from 7 a.m.-3 p.m.

In Harpersville, Morgan Creek Winery will be selling more than just bottles of wine. Starting on June 23, the winery will open its blueberry fields to those interested in picking their own harvest.

The bushes, which have been on the property for “about 25 years” produce a plethora of fruit, owner Charlie Brammer said. Blueberries will be $12 per gallon and $7 per half gallon.

“They’re just about ripe, and they’ll be sweet by (June 23). We’re just waiting on the sweetness,” Brammer said.

There can be as many as 30 people scattered across the two acres of bushes on a sunny day, and the vineyards will also be open for those who wish to pick muscadines in late August.

Matthew Creighton, a former gambling addict and state trooper, will be speaking at the Alabama Youth Home in Wilsonville on... read more