Man gets 15 years for robbery of elderly woman

A 36-year-old Alabaster man will spend the next 15 years in prison after he pleaded guilty to robbing an elderly woman in the parking lot of the Publix supermarket off U.S. 280 in Hoover. 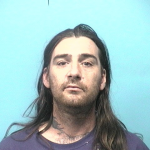 Circuit Court Judge Dan Reeves sentenced Christopher Joseph Stone, who lists a residence in the 700 block of U.S. 31 South in Alabaster, to a total of 180 months in the Alabama Penitentiary on May 8. Stone received credit for the 119 days he served in the Shelby County Jail between his Jan. 10 arrest and his sentencing date.

Through a plea agreement, a felony first-degree theft of property was dropped against Stone. According to his sentencing document, Stone has three prior adult felony convictions.

Mills allegedly used one of the victim’s stolen credit cards to make a purchase at the Pelham CVS about 30 minutes after the robbery, according to Hoover Police. The other fraudulent use of a credit or debit card charge Mills pleaded guilty to came after she used a credit card stolen from another victim on Dec. 29, according to court records.

As a condition of his sentence, Stone must pay $1,343.50 in restitution to the victim in the case, and must avoid contact with the victim. He also must “testify truthfully against any and all co-defendants” tied to the crimes.

A science laboratory in the new Helena High School building, equipped with freestanding lab tables, will be used by any... read more