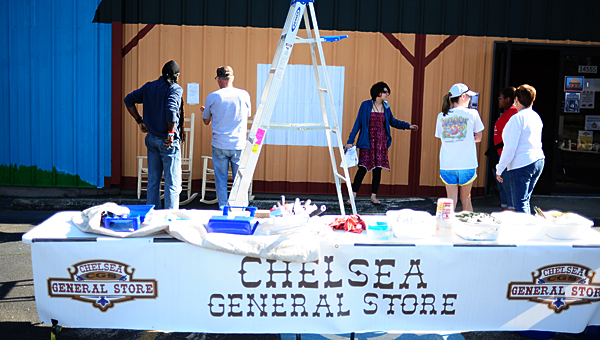 The Nerdwallet.com website named Chelsea the best city in the state for homeowners in a June 23 list. (File)

Six Shelby County cities are among the best in Alabama for homeowners, according to a list compiled by a national consumer advocacy website.

On its list of the best places for home ownership in Alabama, website Nerdwallet.com named Chelsea first, Calera second, Helena third, Pelham fifth and Alabaster seventh. Leeds, which is partially in Shelby County, ranked 10th on the list.

The list ranked Alabama cities with more than 10,000 residents based on three criteria: Available homes, home affordability and growth in the area.

Nerdwallet touted Chelsea’s growth over the past several years, and said the city’s 2012 population of 10,161 was more than double what it was in 2000.

“Chelsea is in Shelby County, about 20 miles southeast of Birmingham, the largest city in the state,” read the city’s entry on the list. “Residents who live near Birmingham have access to job opportunities all over the region.”

Nerdwallet said 91.7 percent of homes in Helena are occupied by owners rather than renters.

“Vulcan Materials Co. is one of the city’s largest employers and the company describes itself as the nation’s largest producer of construction aggregates — crushed stone, sand and gravel,” read Helena’s entry.

Pelham’s population increased by about 4.8 percent from 2010-2012, and is central to a plethora of offerings, according to the website.

“Pelham is nestled in the foothills of Oak Mountain and is close to Oak Mountain State Park,” read Pelham’s entry. “The Pelham Civic Complex features an ice-skating rink, banquet hall and arena.”

At just 23.4 percent, Alabaster boasts a low percentage of household income spent on monthly mortgage and utility costs, according to the list.

“Alabaster is home to the (Propst) Promenade Alabaster, the largest retail center in Shelby County,” read the list.

Leeds homeowners pay an average of $1,121 per month on home ownership costs, which is the second lowest on Nerdwallet’s Alabama list, according to the site.

FROM STAFF REPORTS WILSONVILLE – On June 23 at approximately 11:30 a.m., the suspect at large in Wilsonville was apprehended.... read more