An Antioch, Tenn., man could face up to life in prison if convicted of a human trafficking charge brought against him by the Federal Bureau of Investigation and the Birmingham Police Department’s Vice Unit on June 24. 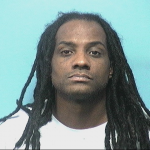 The two law enforcement agencies arrested Fred Lacy in Shelby County and charged him with one felony count of first-degree human trafficking after investigating an escort operation over the weekend.

According to Birmingham police, Lacy was involved in an alleged local escort operation conducted on Backpage.com. In addition to Lacy, the agencies also charged several individuals with misdemeanor charges of solicitation of prostitution.

“The escorts working off of Backpage.com is a national issue, (and) the Birmingham Vice Unit routinely addresses this issue on all levels, to include the escorts, clients and panderers,” BPD Public Information Officer Lt. Sean Edwards wrote in a press release. “Profiting from the exploitation of others is a serious crime.”

First-degree human trafficking is a Class A felony.