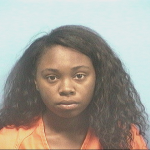 The Alabaster Police Department arrested Kaily Marshay Henderson, who lists an address in the 100 block of Chinaberry Lane in Maylene, on June 24 and charged her with six felony counts of identity theft.

According to her arrest warrants, Henderson allegedly submitted credit applications in other peoples’ names at Speedycash, Netcredit, CCB/BML, Springleaf Financial and Cash Central between April 15-17.

At the time of her June 24 arrest, Henderson was out on bond on one count of fraudulent use of a credit or debit card for allegedly using a credit card issued to another person on Feb. 14. Her bond for the charge was revoked when she was arrested on the identity theft charges.

As of June 27, Henderson was being held in the Shelby County Jail on bonds totaling $30,000.

Identity theft is a Class B felony. If convicted, Henderson could face up to 20 years in prison per identity theft charge.

The Pelham Personnel Board continued to review the Civil Service Law during a June 25 meeting. (File) By MOLLY DAVIDSON... read more