Steve Martin has announced plans to resign from the Shelby County Board of Education effective July 31, and said he is planning to move with his wife to Gulf Shores. 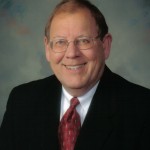 Martin, who has served 26 years as a board member, submitted his letter of resignation to Board President Aubrey Miller at the end of the Board of Education meeting on Thursday, June 26.

“It has been the highest honor of my life to serve the people of Shelby County,” Martin wrote in his letter of resignation. “I have watched our school system grow and improve tremendously during my five terms.  I cannot praise enough the faculty, support staff, administrators, parents and students with whom I have been associated since first elected in 1988. Our system has come so far and is the envy of our state.”

Martin said he takes immense pride in the continued progress of the district.

“I have been fortunate to play a small part in helping to set a steady path for our system’s future,” Martin wrote. “As long as the board maintains its current vision of preparing our youth for the future, we have little with which to be concerned.  Our school systems’ extremely important and valuable product, our students, will take our society forward in a positive and productive way for years to come.”

Martin said he leaves very few goals incomplete, but realizes that goals often have to be adjusted and new goals have to be developed.

“I am confident that our current and future superintendents and board members will keep the system I love on the path of continuous improvement and greatness,” Martin wrote.

The Shelby County Board of Education members must appoint a new board member within the next 30 days to fill the remaining four-and-a-half years of Martin’s unexpired term, according to state law. Martin was re-elected in 2012 for a six-year term, which expires in 2018.

The board will immediately begin accepting applications to fill the position.  Interested candidates should send a letter of interest and a resume to Betty Jo Rigsby, Shelby County Board of Education, P.O. Box 1910, Columbiana, AL 35051.  Applications can also be emailed to brigsby@shelbyed.k12.al.us, or faxed to 682-7050. The deadline for submitting applications is July 14.