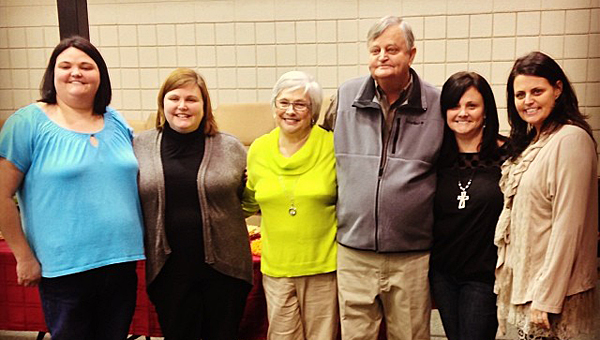 George Ronald Conn, known as Ronny to friends, Pop to his grandkids and coach to hundreds of kids, died Saturday, June 28, after a valiant battle with multiple myeloma.

Conn, born January 30, 1948, grew up in Columbiana and married his childhood sweetheart, Sara Mooney, on June 9, 1967, after graduating from Shelby County High School.

“He was my heart and my life,” said Sara.

Soon after marriage, Conn spent a year in Vietnam where he served with distinction with the 10th Infantry of the Americal Division. He received the National Defense Service Medal, Vietnam Service Medal with two bronze stars, Vietnam Campaign Medal, Combat Infantryman Badge and a Purple Heart.

“Ronny said it was the best year but also the worst year of his life,” said Sara.

After Vietnam, the Conns moved back to Columbiana, where they built their home on Timothy Drive in 1970 and Conn started coaching peewee football. Daughter Angie was born in 1973 followed by Michelle, Ali and Beth. Conn switched to coaching his girls’ teams. Realizing that there were no girl sports facilities, Conn began the mission for girls to have the same opportunity in sports as young boys.

“I remember our girls’ softball team marching in our uniforms to city hall to ask for a softball field,” said Angie. “Helen Lewis, Bill Dobbins and daddy were instrumental in getting Lewis Field built.”

Visitation will be Tuesday, July 1, 2014 from 6-8 p.m. at Columbiana United Methodist Church. Funeral will be Wednesday, July 2, 2014, 11 a.m. at the church where Mr. Conn will lie in state one hour prior to service. In lieu of flowers, the family request memorials be made to the Ronny Conn SCHS Softball Scholarship Fund, First United Security Bank, P. O. Box 110, Columbiana, Ala. 35051.

By NEAL WAGNER / Managing Editor ALABASTER – A 38-year-old Alabaster man has been released from jail on a $10,000... read more