Please remember to buckle up 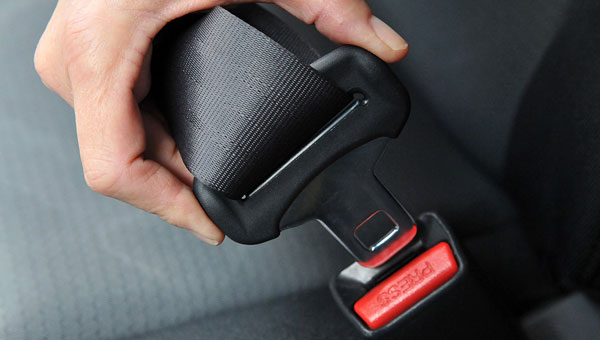 Seat belts can help prevent traffic fatalities such as the one in a June 20 crash on Interstate 65. (contributed)

I remember exactly where I was a few weeks ago when I started seeing the horrible photos posted to Facebook of an SUV flipped upside down on top of a small Toyota sedan.

Like most folks, I had just returned home from work on Friday, June 20, when I pulled out my smartphone to check my daily Facebook newsfeed. At about that time, the first photos of the terrible wreck started showing up from folks who were stuck in traffic in Interstate 65 – which had been closed due to the wreck.

As details started rolling in from the Alabama State Troopers office, it confirmed the worst-case scenario: Someone had been killed in the wreck.

At the bottom of his email containing the preliminary wreck details, my contact at the State Troopers office wrote this: “Media, please remind viewers to wear seat belts.”

In the June 20 wreck, a Chevrolet Trailblazer left the road twice before overturning and landing on top of a Toyota Camry in a northbound lane of Interstate 65. Tragically, 46-year-old Montgomery resident Natalie Perez, a passenger in the Trailblazer, was thrown from the vehicle and killed.

She wasn’t wearing a seat belt. None of the six occupants of the Trailblazer were wearing seat belts.

Three of the occupants in the Trailblazer – including an 8-year-old who was thrown from the vehicle – were transported to the hospital with severe injuries.

The driver of the Camry – the only person in the vehicle – was wearing a seat belt and was transported to UAB Hospital with minor injuries.

I don’t know all of the circumstances leading up to the wreck, and I sincerely hate that there was tragedy involved. But hopefully this incident will serve to prevent future unnecessary fatalities.

I hate writing about wrecks like that, and I pray for the day that I never read “the occupant was not wearing a seat belt” in a media release again.

Neal Wagner is the managing editor for the Shelby County Reporter. He can be reached at 669-3131 ext. 511 or by email at neal.wagner@ shelbycountyreporter.com.

The Alabaster Police Department is planning to move into the upper floor of the current City Hall building off U.S.... read more