Teacher accused of sex with student seeks dismissal of charges

A 33-year-old Hueytown resident and former Pelham High School assistant principal is seeking dismissal of the charges against her, claiming her indictments are in violation of “the federal and state constitutions.” 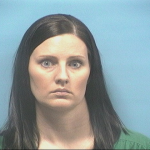 Bell, who previously listed an address in Alabaster, was arrested by the Shelby County Sheriff’s Office on Dec. 12, 2013, and charged with three counts of a school employee engaging in a sex act or deviant sexual intercourse with a student under the age of 19. She was released from the Shelby County Jail on bonds totaling $120,000 the same day she was arrested.

In his motion to dismiss the charges, Lyerly claimed the “alleged victim was not a student during this entire time,” and said the charges should not be upheld.

As of July 8, Reeves had not taken action on Lyerly’s motion.