Officers use TMS to train for the worst 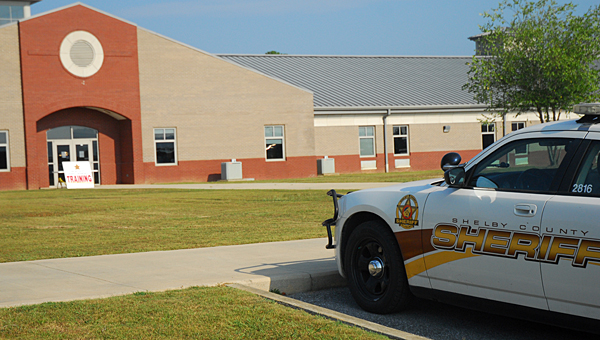 Throughout the day, sheriff’s deputies worked with Alabaster police officers and school officials to conduct Advanced Law Enforcement Rapid Response Training. Through the training, the deputies honed their emergency response techniques, went over officer safety protocols and planned to act as rescue personnel for victims.

“ALERRT was developed in 2002 in response to the Columbine shootings,” Shelby County Sheriff’s Office Sgt. Clay Hammac said as he prepared to participate in the training session. “This is something law enforcement needs to learn, and it has developed into a national standard.”

The training session, which was closed to the public and the media, offered officers from multiple jurisdictions to practice a unified response to a tragic situation, Hammac said.

For some members of the Sheriff’s Office, the training hit close to home in February 2013 when deputies responded to a report of an armed gunman who had taken several students hostage at Chelsea Middle School.

“Regardless of that situation (at Chelsea Middle), we do have a large number of schools in our county, and we need to be prepared,” Hammac said. “We are fortunate to have a good working relationship and mutual aid agreements with several other agencies.”

Alabaster School Superintendent Dr. Wayne Vickers and Operations Manager Jeff Atkins said they were happy to allow the agencies to train at the school.

“The more we have officers in our schools, the better,” Vickers said, as he praised Alabaster Police Chief Curtis Rigney for regularly working with the school system.

“We are happy to host them. Any time we can get law enforcement more familiar with our school buildings, it leads to a safer school and a safer student body,” Atkins said.