Up, up and away: Helena author launches flight series

HELENA—Join Victor Stone as he travels the world—and universe—in “Flight Between Worlds,” the second in the flight adventure series by Helena author James A. Jack. 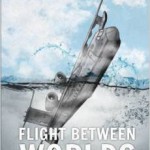 “Flight Between Worlds” by James A. Jack. (Contributed)

The Victor Stone series is about a normal “guy who likes to fly” and is thrown “into unusual situations,” Jack explained. The series is set during the Cold War Era and revolves around Stone’s adventures in his airplane as he travels across the world from America to Russia and even to alternate universes, eluding the KGB, getting tangled in the Bermuda Triangle and finding hidden government documents.

Jack’s work is inspired by his own experiences and love of flying. Jack spent 13 years in the Air Force and five years as a defense contractor.

“I was reading and writing things all day,” Jack said of his time as a defense contractor. He used this experience in his books to discuss technology and flying in terms everyday people can understand. “It’s technical, but anyone can read it or understand it,” he said.

Jack still enjoys flying and is a certified flight instructor. He regularly flies his personal 1968 model Piper Cherokee plane out of the Bessemer and Shelby County airports.

“I am a product of the Cold War, most of my military career was during the Cold War,” Jack said. “Stone is what I would have liked to have been, he is a projection of me. He’s not a super hero, he’s a ordinary guy who happens to love to fly airplanes, and happens to be pretty good at it.”

Although Stone is based off of Jack, Alexandra, the series’ spunky female protagonist, was inspired by in idea from Jack’s sister.

“She’s not a wallflower by any stretch of the imagination,” Jack said of Alexandra’s character. “She really is as good a pilot as he is, and she’s not afraid of anything.”

Book one of the Victor Stone series, “Flight of the Northern Star,” was published in fall 2013, and “Flight Between World” was released on June 24. Both are available in print and digital copy on Amazon.com. Jack confirmed the final two books in the series are written and awaiting publication.

By NEAL WAGNER / Managing Editor ALABASTER – A 34-year-old Alabaster woman is being held in the Shelby County Jail... read more