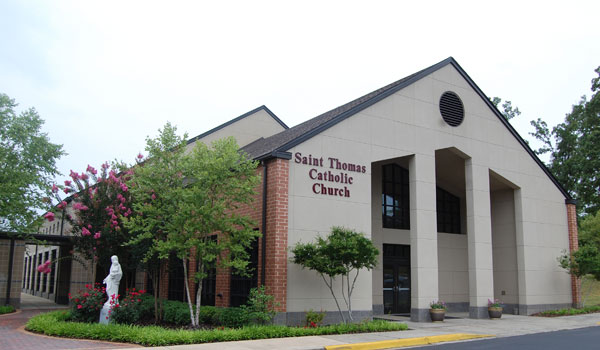 MONTEVALLO—At St. Thomas the Apostle Catholic Church in Montevallo, offering a mass in Spanish is a tradition.

“We’ve been doing it for about 23 years,” Hispanic Coordinator Marisa Owens said, and noted the church began offering the mass when Sister Pat Hinton, a pastoral associate at St. Thomas the Apostle, “noticed some Hispanics coming to mass and got interested in that.”

The number of participants grew, and the church currently is home to more than 600 Spanish-speaking families, Hinton said. She estimated that approximately 200 people attend the Hispanic service on Sunday afternoons.

Father Bruce Bumbarger, pastor of Resurrection Catholic Church in Clanton, is fluent in Spanish and has led the mass at St. Thomas the Apostle Catholic Church for approximately four years, he said.

The church encourages Hispanic students to attend faith formation, a program for students from kindergarten to 10th grade, Owens said.

The Spanish Language Mass is celebrated at 2:30 p.m. each Sunday, and the church offers many special events through the Hispanic ministry.