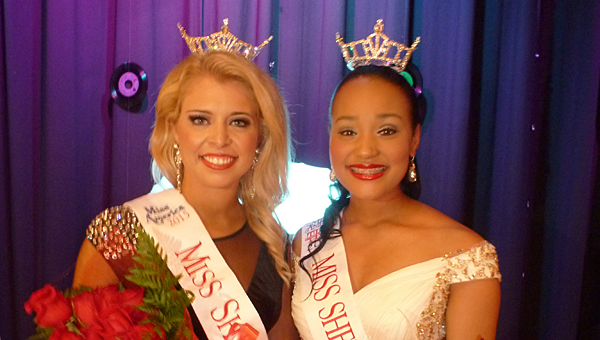 The GFWC-Alabama Vignette Club of Shelby County has produced the Miss Shelby County pageant for the last 27 years which is a preliminary pageant of the Miss Alabama/Miss America Organization.

Ford also won the swimsuit competition and the Sonya Lefkovits Community Service Award, a $500 scholarship given by Marsha Lefkovits and Gen. Richard Quick in memory of her late mother and community leader, Sonya Lefkovits. She is a student at Troy University, where she is majoring in broadcast journalism.

“I am thrilled to be Miss Shelby County,” said Ford. “This is my last year to compete as I will age out and I am so excited to represent my home county. “

“I was open-minded as I prayed before the pageant,” said Pennington. “ I am so happy that this is God’s plan for me, to represent my home county.”

A group protests illegal immigration during a rally on U.S. 280 on July 19. The event was part of the... read more