Terrorist threat suspect not guilty due to ‘mental disease or defect’

COLUMBIANA – A 40-year-old Alabaster man who was charged in 2011 with threatening to kill Alabaster police officers has been found not guilty by reason of mental disease or defect, and a Shelby County judge is set to decide if the suspect will be released back into society. 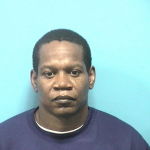 In his order, Reeves wrote Hall was evaluated by a forensic examiner, and wrote Hall “has a longstanding history precatory delusions and paranoia.

“It is not likely that a return to medication protocol or any other treatment would sufficiently alleviate this delusional thinking and paranoia, and he may remain at risk for engaging in inappropriate and possibly aggressive behaviors toward individuals whom he views as against him or threatening,” Reeves wrote.

Reeves committed Hall to the custody of the commissioner of the state’s Department of Mental Health and Mental Retardation to be evaluated before Reeves holds a court hearing to determine if Hall’s release “would now actually pose a real and present threat of substantial harm to himself or others.

As of July 21, Reeves had not yet set a future court date for Hall.

Alabaster police arrested Hall on April 7, 2011 and charged him with making terrorist threats.

In a July 15 letter to Reeves, Hall said he previously rejected a 2013 plea deal from prosecutors, which would have required Hall to serve two years in prison followed by eight years of probation.

In the letter, Hall said he “will not take innocent by mental disease or defect,” and said he has remained in the Shelby County Jail on a $250,000 bond since his 2011 arrest.

“I am ask(ing) you to set a court date or trial date so that the truth can be told and this case resolved,” Hall wrote in the letter.