What will it be like? Kids ready for kindergarten 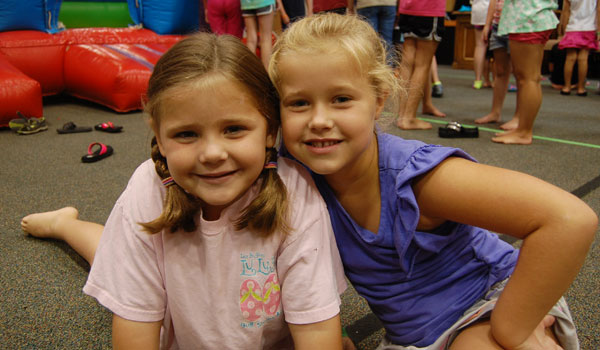 Incoming kindergartener Ava Andrews doesn’t really know what Forest Oaks Elementary is going to be like, but she’s excited to enter kindergarten in a few weeks.

“I just left preschool,” Andrews said. “Some of my friends I’ll already know from preschool and stuff. Me and my friend Koast are friends and we’re going to be in my class.”

For Andrew’s mom, Jessica Andrews, the prospect of kindergarten is a bit daunting, even though her daughter attended preschool last year.

“It just now really hit me,” Jessica Andrews said. “I didn’t think it would be hard, but it looks like it might be tough.”

However, Jessica Andrews notes preschool was “great” for Ava Andrews, who used to be shy, but “she’s not now.”

Olivia Robertson, who will be attending Chelsea Park Elementary, is excited to do crafts and carry her new yellow backpack to school.

“My mom got it for me,” she said proudly.

Lily Vandeboorde, who is also attending Chelsea Park Elementary, is also excited to carry a new bag on the first day of school.

“I already chose my backpack, it’s a princess backpack. It has all the princesses,” Vandeboorde said.

Addie Smith, whose backpack “has diamonds on it and my name,” has seen her classroom at Wilsonville Elementary and is excited about all of the decorations and learning about capital letters.

Kemeria Rutledge and Jahsun Emener, both regulars at Alabaster’s Kids First Awareness Community Center, were making final plans for their first days of school on July 24.

Emener said he was excited to “meet new friends,” and planned to follow a few simple rules when he starts kindergarten at Meadow View Elementary School.

“Don’t hit anybody, and don’t be bad when your mom comes to pick you up,” Emener said.

Emener said he has visited the school before, and said the building is full of “big people.”

“Play in the park and have fun, and learn and do homework and be good,” Emener said when asked what he planned to do during his first year of school. “I’ll be happy.”

Rutledge said she “likes kindergarten,” and was looking forward to meeting new friends.

The Wilsonville location of SouthPoint Bank will be located at 9833 North Main Street. (Contributed) By GINNY COOPER MCCARLEY /... read more