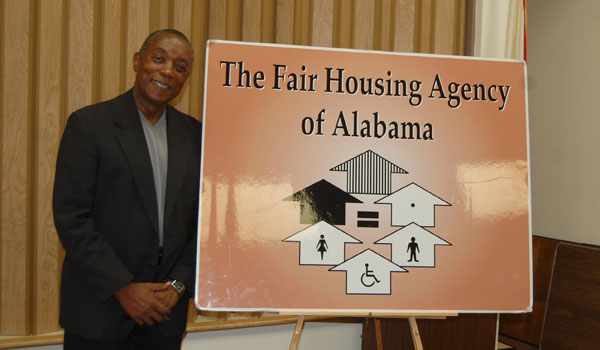 COLUMBIANA—Executive Officer of the Fair Housing Agency of Alabama Enrique Larrion Lang said it was learning Alabama ranked second in the nation for teen automobile accident fatalities, which sparked his desire to instigate change.

Through a grant from the Allstate Foundation and the GEICO Foundation, the Fair Housing Agency of Alabama sponsors Teen Safe Driving Symposiums once a month in a different city in Alabama throughout the year.

Lang spoke during a symposium hosted at the John Jones Agriculture Building in Columbiana on July 28. Approximately 11 teens dropped by for information during the first half of the session, which lasted from 12-1 p.m.

It is important that teens “become aware of the law” and “involve family members and peers,” Lang said.

“Teens need to be made aware of this information,” Lang said, citing the importance of paying attention to the road, minimizing distractions, controlling the vehicle and passengers, wearing a seatbelt and not using a cell phone or texting while driving.

“We try to go into the community where normally this information isn’t provided as a routine,” Lang said. “We hope this is really going to make a difference.”

If approved, a portion of a $120 million bond issue will be used to transform the current TIS campus into... read more