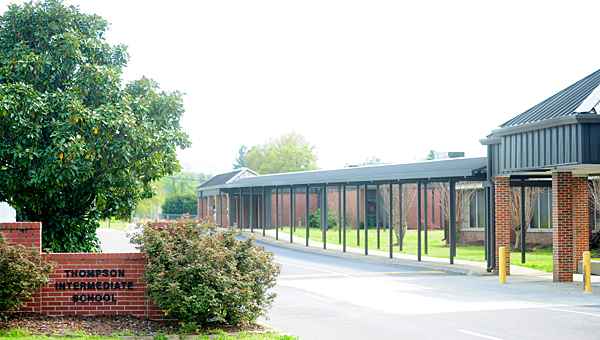 If approved, a portion of a $120 million bond issue will be used to transform the current TIS campus into a central office space for the Alabaster City School System. (File)

ALABASTER – “Almost all” Alabaster schools will benefit from a $120 million bond the school system is seeking, Alabaster School Superintendent Dr. Wayne Vickers said during a July 25 special-called Board of Education meeting.

During the special-called meeting, Vickers said if Alabaster City Schools is approved for the bond, a portion of the money will be used to modernize technology infrastructures in the city’s schools.

If the bond issue is approved, the bulk of it will be used to purchase about 300 acres of land between Kent Dairy Road and Thompson Road and construct a 360,000-square-foot new Thompson High School and athletic complex on the land.

But the money won’t be solely used for the new construction project, Vickers said. The existing THS will be renovated to serve as Thompson Middle School, and the current TMS will be transformed into Thompson Intermediate School.

Vickers said construction crews have already made drainage improvements to the parking lot behind the current TIS building, and said an area known as “Lake Thompson” for its tendency to flood during heavy rains is a thing of the past.

During a July 28 phone interview, School Board President Adam Moseley said the school system was waiting on the results of a financial audit before going to market on the bond.

“We are still a few weeks away on that,” Moseley said.

In late June, the Alabaster City Council voted to lock in a 2011 penny sales tax increase for the next 30 years to allow ACS to secure the bond issue.

“We are definitely going to use that $120 million to benefit the kids in our city,” Vickers said. “We are going to do some things that have been long overdue for the kids in this city.”