The man behind Columbiana’s Trade Day 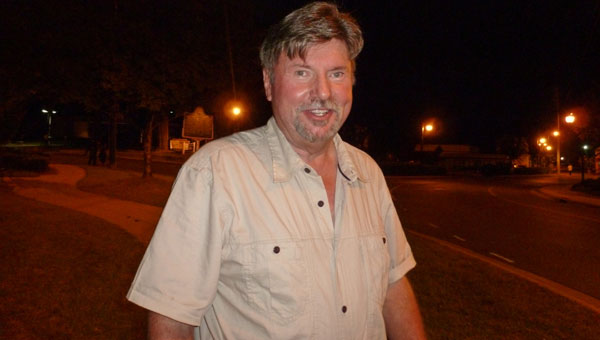 Randy Glenn, the man behind the Columbiana Farmer’s Market and Trade Day. (Contributed)

Every weekend from March to November, the overflow courthouse parking lot in Columbiana turns into an outdoor Farmer’s Market full of fresh produce. However, the second weekend of each month, the space turns into a Farmer’s Market and Trade Day starting at 7 a.m. as Columbiana has a countywide yard sale. Each Trade Day is a unique experience; you never know what you will see.

Glenn raises bees and like the idea for a place to sell his honey. Every Saturday from 8 a.m. – 4 p.m. the Farmer’s Market is open where only agriculture is sold. There are no fees for the farmer to sell produce. This is not a state sanctioned farmer’s market so vouchers are not redeemable.

Glenn grew up in Columbiana and works for the Shelby County Highway Department. He lives on the Hughes Farm where he grew up. He knows farming, but loves music and has been playing in bands all his life since he got his first guitar at age 14. His band recently closed out the Music on Main season.

“I used to drive a tractor all day for my grandfather for $5 a day,” said Glenn. “I sang and played guitar for four hours for $5 a night. I learned I’d rather sing than farm early on.”

Later, Glenn began Trade Day, patterned after Tannenhill State Park Trade Days where you can find just about anything: Clothing, baby items, collectibles, antique furniture, arts and crafts, wooden porch and lawn furniture and more. Simply, one man’s junk can be someone else’s treasure. The date was chosen to fall between the Trade Days of Sandtuc Flea Market, first weekend, and Tannenhill’s, third weekend of each month.

At Trade Day, vendors pay only $10 for a space and the city waves all permits. For weekend water and power at your space, fee is $25. Anyone is welcome to sell at the Farmer’s Market or Trade Day. For information, call Glenn at 305-8632.

By PHOEBE DONALD ROBINSON / Community Columnist “The life of every creature is its blood,” Leviticus 17:14. Renee’ and Scott... read more