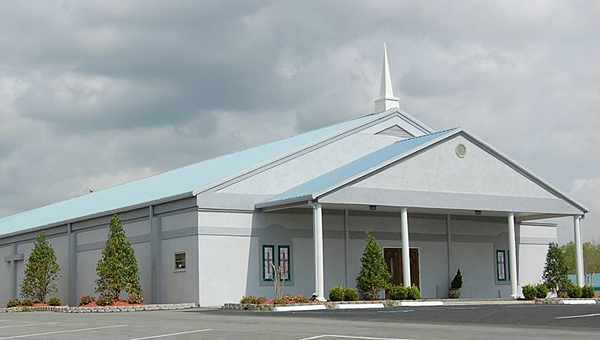 ALABASTER – Members and leaders of Alabaster’s Amazing Grace Worship Center off U.S. 31 will look to give locals “a little more hope” after a long week during a drive-through prayer service on Aug. 8.

“We picked Friday because people have had a long week at that point, and we want them to go into the weekend with a little more hope,” Genia Blankenship, wife of church pastor Kevin Blankenship, said during a July 31 phone interview. “We just want to give people a listening ear to let them know that God cares about them.”

The church, which is about three miles south of the Propst Promenade shopping center on U.S. 31 in Alabaster, will host the drive-through prayer service from 6-8 p.m. on Aug. 8.

During the service, which is being sponsored by the church’s Crossroad college and career class, AGWC members and Kevin Blankenship will line up outside as cars enter the back parking lot and drive through the church’s awning.

“We will have people out there available to talk to and pray with anyone who comes through,” Genia Blankenship said. “We say it ends at 8 o’clock, but we will stay out there as long as people need us.”

Genia Blankenship said the service is an attempt to reach a wider range of people in the community “outside of the church’s four walls.”

“I heard of another church doing this, and I thought it would be a wonderful way to show the community we support them,” she said. “Some people may feel a little awkward coming to a church service, so hopefully this will be a connecting point to make that a little bit easier.”