COLUMBIANA – A 29-year-old Fairfield woman who has been charged with shooting and killing another woman after a 2013 Iron Bowl party has asked a Shelby County judge to send her case to another county to allow the suspect to “obtain an impartial jury.” 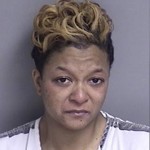 The Hoover Police Department arrested Adrian Laroze Brisky, who lists an address in the 600 block of Glen Park Drive in Fairfield, on Dec. 2, 2013, and charged her with fatally shooting Birmingham resident Michelle Shepherd during an argument at a party in Hoover after the 2013 Iron Bowl football game on Nov. 30, 2013.

A Shelby County grand jury indicted Briskey on one count of murder in March, according to court documents. Briskey has pleaded not guilty to the crime, and was released from the Shelby County Jail after posting a $75,000 bond the same day she was arrested.

Shepherd’s sister, Neketa Shepherd, who claims she witnessed the alleged shooting, previously said Briskey was mad that Shepherd was joking after the stunning Alabama loss and didn’t appear to be a true Crimson Tide fan.

As of Aug. 4, Reeves had not yet ruled on Robbins’ request to move the trial. Briskey is scheduled to appear in the Shelby County Courthouse in Columbiana for a status hearing at 8:30 a.m. on Sept. 29.

By NEAL WAGNER / Managing Editor COLUMBIANA – A 38-year-old Alabaster man has been indicted on a child molestation charge... read more