COLUMBIANA – A 28-year-old Columbiana man will spend the next 18 months in prison after he pleaded guilty to robbing a man moving into an Alabaster apartment in December 2011. 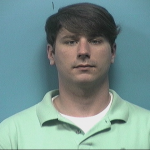 Shelby County Circuit Court Judge Dan Reeves originally sentenced Brandon Mershon Hill, who lists an address in the 300 block of East Sterrett Street in Columbiana, to 10 years in prison, but split the sentence to 18 months in prison followed by three years of supervised probation.

Hill received 39 days of jail credit deducted from his sentence. After he is released, he must submit to random alcohol and drug tests and must avoid contact with the victim or his family.

Hill pleaded guilty to robbing the man at gunpoint while the victim was moving into an apartment in the 1200 block of the Wellington Manor apartment complex off Shelby County 68 in Alabaster.

In an interview a few days after the incident happened in 2011, Alabaster Police Department investigators said the victim was moving into his apartment at about 1:45 a.m. when multiple suspects approached him, assaulted him and stole the man’s property.

The ACS Board of Education and Salome Thomas-El welcomed the new academic year with the second annual Institute Day on... read more