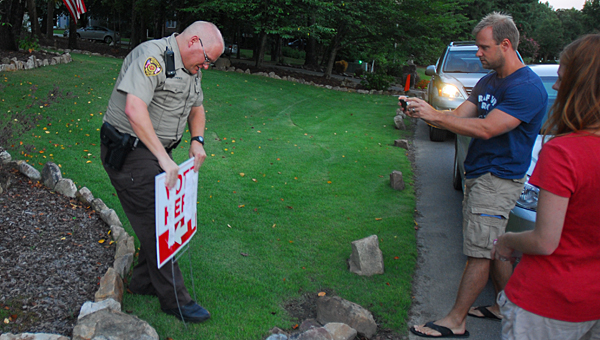 With the annexation also comes some changes in services for the neighborhood’s residents. The neighborhood will be covered by the Alabaster police and fire departments, rather than the Saginaw Volunteer Fire Department and the Shelby County Sheriff’s Office.

Because Saddle Lake has been connected to the Alabaster water system for several years, the neighborhood’s water provider will not change. No city sewer line currently connects to the neighborhood, so residents will not be required to connect to the city’s sewer system, city leaders said previously.

The July 29 vote came after Shelby County Probate Judge Jim Fuhrmeister approved a petition – the second one submitted to the Probate Court by Saddle Lake homeowners – to call the election. In May, Fuhrmeister ruled the original Saddle Lake petition did not have enough signatures to allow him to set an election on the matter.