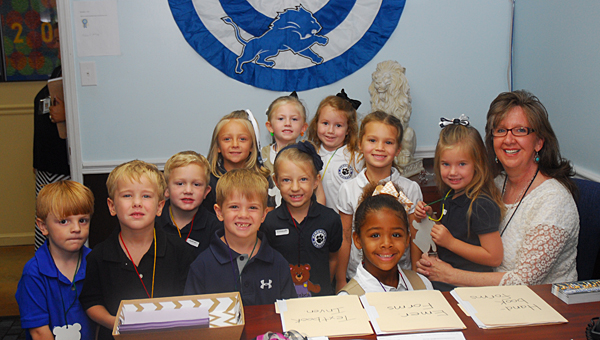 ALABASTER – Starting her fourth year as principal of Alabaster’s Kingwood Christian School, Ruth Gray was surprised how smoothly the first day of school was going on Aug. 13.

“It’s so quiet in here,” Gray said with a laugh as she waited for the fourth-period bell to ring in the KCS high school. “It’s been very smooth. We have a good system in place.”

About 360 students in grades kindergarten through 12th grade returned to class at KCS on Aug. 13, about a week after their public school counterparts. Hundreds of kids dressed in khakis and blue shirts got a taste of their new grades, taking classes ranging from music to Italian.

This year’s first day of school was made smoother by KCS’s new online information system, which allowed students and parents to find nearly all the info they needed before classes resumed, Gray said.

“They can see their class rosters, the lunch schedule and they can even pay online,” Gray said. “It alleviates the rush on the first day since parents don’t have to line up at the front office to get that information.”

Kids returned to a few new sights this year. KCS head football coach Steve Birmingham donated materials to repaint the KCS high school building a bright blue to match the school’s colors, and donated a new roof for the building. In the next few weeks, crews will install a new covered walkway between the KCS elementary and high school buildings to keep students dry when walking between buildings in the rain.

Kindergarteners spent the morning going on a “bear hunt,” during which small bear-shaped signs were posted at important parts of the school, such as the principal’s office, school nurse and lunchroom.

“Each sign has a clue that leads them to the next place,” Gray said. “It does help them to be more independent, because once you show them where everything is, they always remember.”

For Gray and the rest of the KCS staff, Aug. 13 marked the end of months of hard work.

“We worked hard all summer to prepare for today,” Gray said. “It takes an army to run a school.”

Terrorist threat suspect to be tried in September