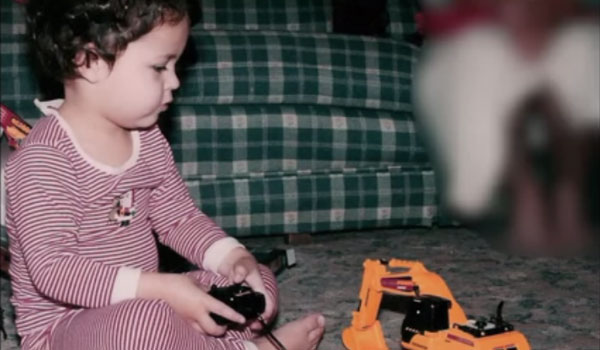 Will Gibson’s winning video featured pictures of Gibson as a child playing with cars as well as reasons he should be awarded the scholarship. (Contributed)

Gibson will study heavy diesel and field diesel at UTI, in order to pursue his passion for working on cars.

Gibson was one of 32 students to receive full-tuition scholarships to the institute. In order to win, Gibson created a video, which explained how he developed a passion for the field and why he should attend the school.

“As an American, I am entitled to life, liberty and the pursuit of happiness. My happiness is in heavy diesel with the dreams of opening up my own shop,” Gibson said in the introduction to his video.

More than 270 finalist videos were posted to UTI’s Facebook page, and a public voting period determined the 32 winners.

Gibson credits the Shelby County College and Career Center with developing his passion for the trade. After Gibson attended an open house at the SCCC in eighth grade, he immediately knew he had discovered his niche.

“I just fell in love with it,” Gibson said. “The big class environment wasn’t for me.”

Gibson, who graduated from the SCCC in May, currently works as an active member of the Columbiana fire department where he has logged more than 175 hours of community service and is also a volunteer with the South East Shelby Rescue.

Gibson will begin attending the institute in April, at either the Housten, Tx. or Orlando, Fla. location.

Following graduation from UTI, Gibson plans to start his own business or work for Alabama Power and is looking forward to the variety of hands-on work his degree will provide.

“You could be working on an engine one day and doing hydraulics the next. It’s just whatever comes your way,” Gibson said. “I just enjoy being hands on and learning the hands-on way.”