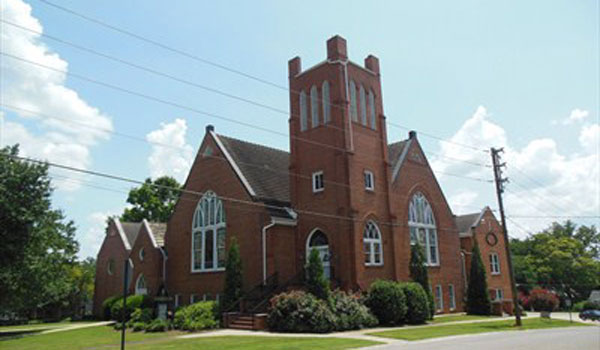 The event was third in a series of special services, which are followed by a covered dish lunch. The first featured Chuck King and his jazz band, the second Doug Morris and his bluegrass band and an upcoming event will feature string music.

“We’re trying to do an educational thing as well as a religious experience,” Mahan said.

During the services, experts explain the origin of the music and how it ties in with the history of the church. In addition, congregation members read the scriptures on which the songs were originally based.

Mahan, a dentist by trade, has been a member of the Montevallo First United Methodist Church for most of his life. After majoring in music in college, Mahan played upright bass for the Alabama Symphony Orchestra for a number of years before becoming a dentist.

“Music has always been a part of my life,” Mahan said.

The services take a lot of effort to put together, from finding musicians and music history experts to compiling the songs and scriptures, but Mahan said the work pays off.

“It takes a lot of effort to put these together, but it’s worth it. We deliver a good message,” Mahan said.

The next special communion service is slated to be held in October, and will feature a classical string quartet and pipe organ. The event is free and open to the public. For more information, call 665-7535.