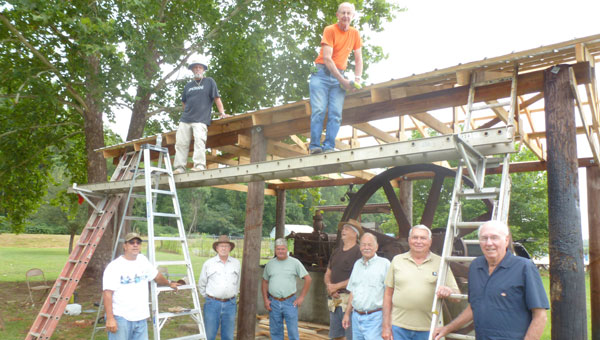 The free fifth annual Shelby Iron Park Engine Show will be Saturday, Aug. 30, from 9 a.m. to 5 p.m. at the Shelby Iron Works Park at 10268 County Highway 42 in Shelby. Engines of all kind – antique, new, hit and miss, throttle and more – will be on display and demonstrated. Engine enthusiasts of all kinds are encouraged to bring their engines and start them up!

No fees, lots of shade, food and drinks for sale. This is an engine swap and meet show where owners can meet, greet and exchange parts.

“We have people who come from all over the South bringing their engines,” said Shelby County Historical Association President Thomas Trimble. “Last year we had over 100 engines on display including many hit and miss, as well as miniature steam engines. We hope to have a good crowd this year.”

The hit and miss engine was a staple for farming in the early 1900s, and was a constant speed engine that was water-cooled. Hit and miss is a one-power stroke engine that is hooked to a flywheel. When starting, the exhaust value opens and a loud pop is heard from ignition. The engine would run until gas ran out.

“Shelby Iron Works was in operation before the Civil War and was not destroyed in the war like the Tannenhill and Brierfield Iron Works. Yankees came and bought the iron works after the war and it continued to be in operation unil 1923. Mr. Bucky Henson recently donated 12.7 acres to the association across the highway which houses the actual furnaces of Shelby Iron Works.”